Alburtis is a borough in Lehigh County, Pennsylvania,

Alburtis is a borough in Lehigh County, Pennsylvania. It is a suburb of Allentown, Pennsylvania, in the Lehigh Valley region of the state.

Welcome to the Borough of Alburtis

For over a century, the borough of Alburtis has been known as the hidden gem of Lehigh County. The 2,300 residents, who call the one-square mile home, embrace the future while cherishing the history marked by 100 years of progress; progress which stemmed from the influx of business and factories into the sleepy town. In 1913, Alburtis was sparked by the arrival of the railroads. And, at the core of the Borough, situated adjacent to the railroad, was the American House.

According to the United States Census Bureau, the borough has a total area of 0.7 square miles (1.8 km2), all of it land. However, the Alburtis ZIP code (18011) comprises two separate areas stretching from south of Trexlertown well into District township of neighboring Berks County.[3] Alburtis has a hot-summer humid continental climate (Dfa) and is in hardiness zone 6b. Average monthly temperatures range from 29.1° F in January to 73.6° F in July.

Welcome to the Alburtis Tavern and Lodge

The American House was built in 1876, destroyed by fire in 1895 and rebuilt out of brick in 1895. For many years it was a popular stop for train conductors and employees. Of the four hotels that were in Alburtis at one time, it is the only one that still remains. Now renamed The Alburtis Tavern and Lodge it is located at the corner of Front and Main Streets. This landmark of the community has been revitalized to its glory days.

The centerpiece of the 59 acre park is the Lock Ridge Furnace. What looks like a stone castle was a coal burning iron furnace. The beauty of the furnace and surrounding structures belie their industrial roots.

Lock Ridge is uniquely beautiful when the bluebells are in bloom. “Bluebells” are actually muscari, or grape hyacinth, a plant that produces spikes of blue flowers that resemble bunches of grapes in the spring. The stone structures, arches, and flora make Lock Ridge a favorite place for photography and weddings.

Lock Ridge Park offers a variety of recreational activities. There are trails through the open and wooded areas of the park for hiking, biking, and nature study. There is a field for T-ball and girls softball. Swabia Creek runs through the park and offers limited fishing. An 81 seat pavilion with a grill and restroom can be reserved. The outdoor area next to the furnace building can be reserved for weddings and events.

Lock Ridge Furnace Museum is a unique monument to the Lehigh County’s industrial heritage. It was an important part of the early iron industry. It operated as an iron mill from 1868 until 1921. Lehigh County acquired the Furnace in 1972. In 1981, it was listed on the National Register of Historic Places. 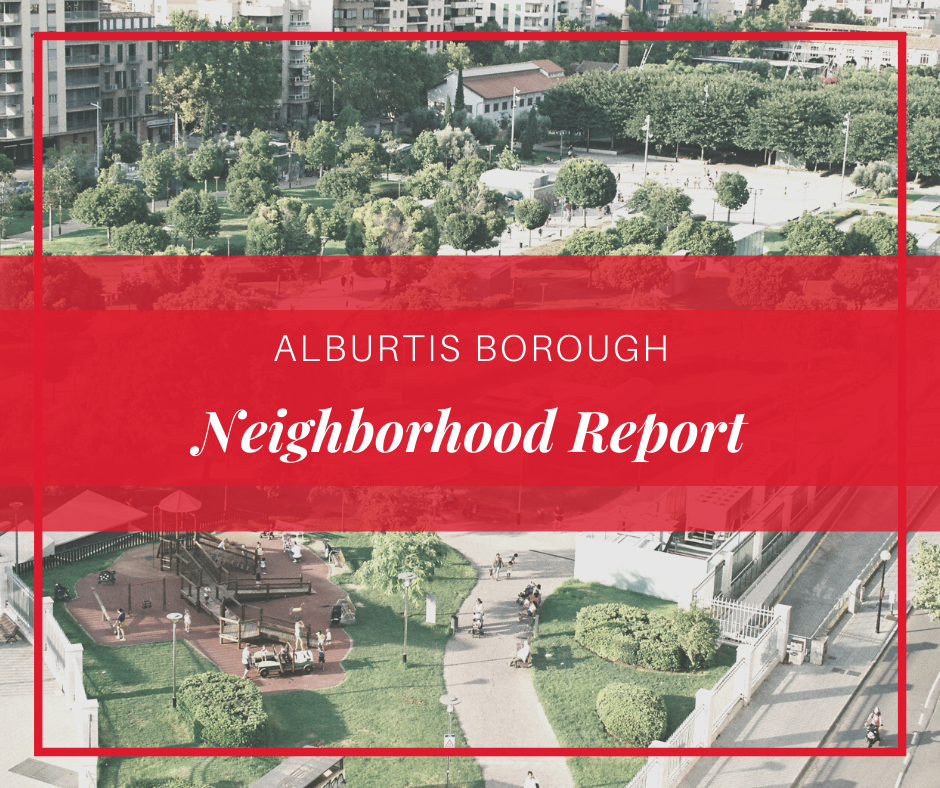 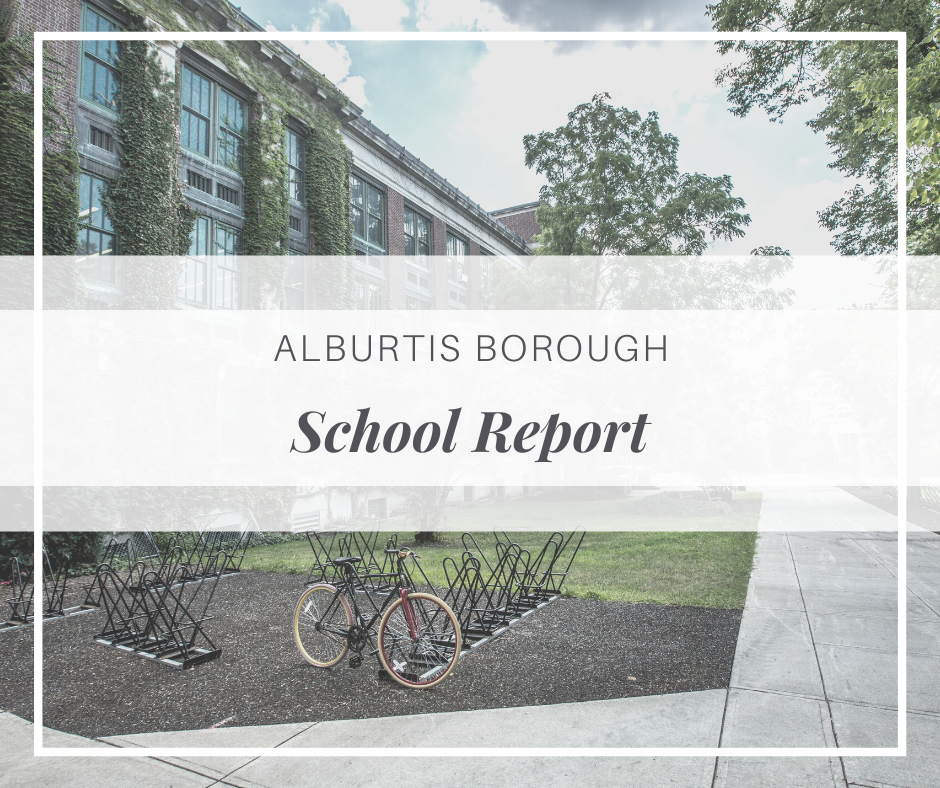 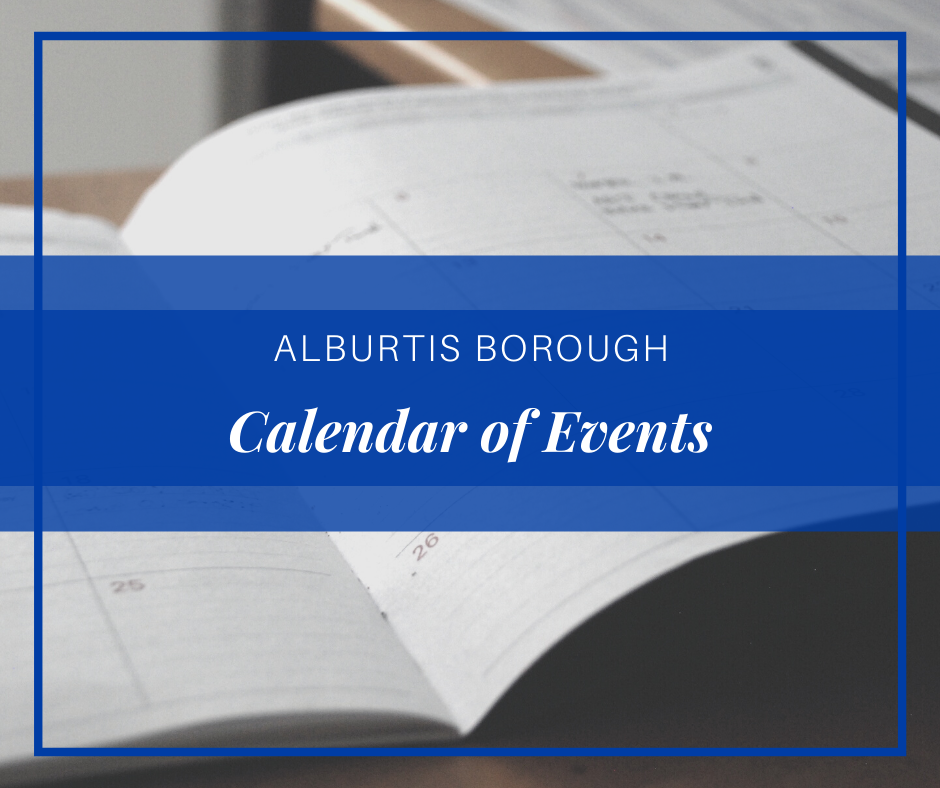 Find all calendar events and meetings for Alburtis Borough

History
The Borough of Alburtis was incorporated on May 9, 1913 by the merger of two villages, Alburtis and Lock Ridge, both of which were settled in the mid-1800s.

The village of Alburtis was named for Edward K. Alburtis, a civil engineer involved in the construction of the East Pennsylvania Branch of the Philadelphia and Reading Railway. When a railroad station was established in the village in 1859, the railroad's Board of Directors named it in his honor.

A tract adjacent to Alburtis was purchased by the Lockridge Iron Company for the construction of iron furnaces in the late 1860s. This area, which grew into a separate village, became known as Lock Ridge.[4]

The Lock Ridge Furnace Complex and George F. Schlicher Hotel are listed on the National Register of Historic Places.

There were 774 households, of which 42.6% had children under the age of 18 living with them, 62.5% were married couples living together, 9.2% had a female householder with no husband present, and 23.3% were non-families. 18.9% of all households were made up of individuals, and 5.6% had someone living alone who was 65 years of age or older. The average household size was 2.74 and the average family size was 3.13.

Your browser is out of date or unsupported. Some features of this website may not work until you update to a supported browser. More Info

Your browser is not currently supported. We recommend viewing REMAX.com and it's affiliated sites on one of the following browsers: